How Can You Avoid Catching Other People’s Negative Emotions? 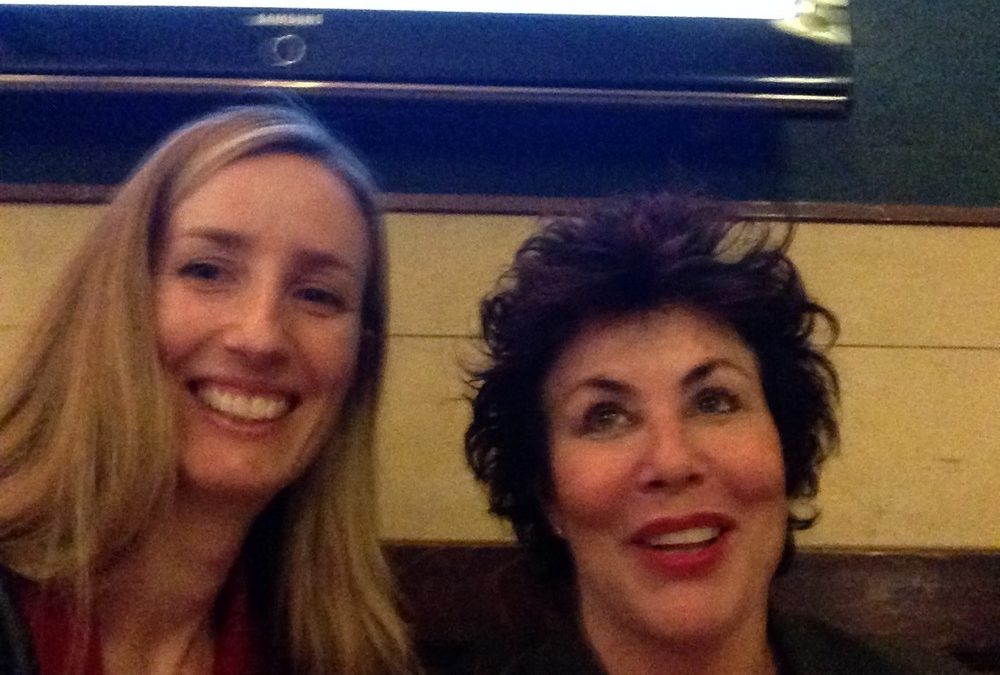 I often pick up people’s moods. This can be great when they are happy; I love a group laughing fit over a very silly joke. But when people around me are anxious, I can find my shoulders rising and my mind racing. It’s particularly unhelpful when someone is angry. I get angry too. That’s a really bad combination! Better then to avoid the London Tube in rush-hour – carriages full of seething people coughing loudly in each other’s faces, and having armrest territory battles.

When someone is feeling negative, while it may be helpful to empathise with them, it’s not great (or indeed helpful) to feel the same as them. How can we stay kind and open, without picking up their negativity?

Ruby Wax has some tips. I’ve just started her book Frazzled, and recently went to her show. She has worked incredibly hard to be a happier and more compassionate person, and she is both funny and honest about how difficult it is. Finally, someone is making this stuff FUN!

1. Ruby suggests that if someone is shouting at you angrily, rather than listen to what they are saying, you should focus on their nostril hair. This helps to avoid “lobbing the ball of anger back so they can’t slam you with it again”. I’ve tried this and it’s surprisingly helpful. Not necessarily focusing on nostril hair, but just listening to the tone of their voice, or looking at the expression on their face, or something that gives you a bit of perspective on the situation, rather than getting drawn into a battle of words.

2. The second tip is to send them compassion. This is particularly true when they are upset, but also when they are angry (given anger often comes from fear or sadness). It’s good to empathise, but empathy on its own can be exhausting. Compassion on the other hand has positive energy around it. The wonderful Matthieu Ricard has written extensively on this. He points out that though there can be empathy-fatigue, there is no such thing as compassion-fatigue. I find that when someone is very angry and/or upset, it’s possible to do a tonglen exercise, breathing in their suffering and breathing out love. Something to try.

3. The final thing is when you notice you are copying someone’s negative emotions, to take a deep breath and put on a smile, reminding your body in these physical ways that you have a choice around how you respond. Smiling is also surprisingly contagious, and can really lighten the mood. I’ve found it very helpful in confrontational situations. People find it very hard not to smile back, so you are activating their natural physical response to your advantage!

How does this work? Recent research suggests it’s due to something called mirror neurons. These are neurons that mirror what is happening to someone else. As far as I’ve understood (and it seems there is still a lot of scientific debate about them) they mean we mirror actions, touch and emotions. So they explain why we flinch when we see something painful happen to someone else. The mirror neurons give us a sense that it is happening to us. According to Vilayanur Ramachandran, we actually would think it was happening to us if there wasn’t another set of information sent to the brain from our bodies telling us otherwise. This means that if I saw someone being touched on the arm, but my own arm was numb, I would have the sensation that I was being touched.

Mirror neurons also seem to reflect emotions (again, there is some controversy over this). But it makes sense to me. And it’s worth noting the wider implications of this mood-catching phenomenon. We are pack animals, and so it doesn’t surprise me that our brain chemistry is set up so that we feel an impact from others moods.  Happiness spreads three degrees of separation, so your friend’s friend’s friend will be affected by your mood. Unhappiness also spreads, but to a lesser extent. So there is a real social argument in favour of us taking the time to be happier. Happiness is a cooperative rather than a competitive sport. And for me personally, it’s a good reminder to keep meditating and practicing gratitude, keeping myself happy and enjoying life.