Giving Anger The Credit It Deserves 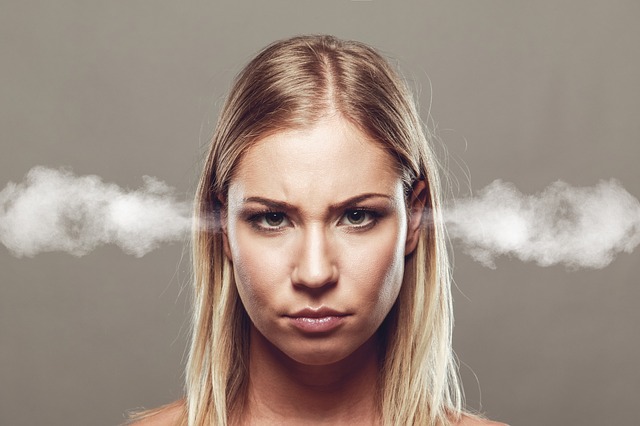 Last week I lost my temper. I arrived into JFK airport after a long flight, and joined the queue for immigration. Because I’d already got an Esta, I could use the same process as the Americans, but despite this, all foreigners were ushered into a separate queue that filtered into the same immigration terminals. I waited and waited. The queue didn’t seem to be moving. Then I realised – they were letting one foreigner in for every 20-30 Americans. I ended up waiting around 40 minutes, while Americans whipped past.

By the time I reached the end of the queue I was seething. I raged at the immigration woman (never a good idea!) that she was being totally unfair to make foreigners wait so much longer. She told me Americans had priority and basically to suck it up.

About 30 minutes later, the rage finally started to subside. I checked in on myself. Why had I lost my temper? Why had it felt so important to make my point that I had risked upsetting an immigration official? I thought about my previous assumption that anger was a secondary emotion, tending to cover up something less pleasant that we didn’t want to feel – sadness or fear. But I wasn’t sad and I wasn’t scared. So why was I angry?

I realised that what had made me angry was unfairness. In fact, what often makes me angry is unfairness. This anger drives me to try to improve things that I would be better to leave alone if I were acting purely in my self-interest. So perhaps I haven’t given anger the credit it deserves. We have a natural desire for things to be fair, and when things are unfair we can quickly become angry. So do capuchin monkeys in this wonderful experiment.

Why is that important? I think our willingness to fight for fairness underpins successful societies. We work better when things are fairer. So do families, companies and communities. Corruption, the bastion of unfairness, makes people miserable. And corrupt countries tend to be poorer than those that aren’t. When I lived in Pakistan, I saw how corruption undermined people’s sense that working hard and being honest would be rewarded. If that doesn’t work, why bother?

So anger can be useful, pushing us to fight for fairness. But I’m still very wary of it as an emotion. I still think it often covers up sadness or fear, and is therefore not completely honest as an emotion. Also, what people find unfair varies wildly. In politics the right often feel ‘fairness’ means the government getting out of the way and allowing individual ambition to be rewarded, while the left usually thinks ‘fairness’ means giving a helping hand. Then there is the practical reality that to really fight for what is fair requires persistence. And persistent anger is not a great place to be. Finally, anger can easily misfire. It’s such a powerful emotion that it can blind us to the best course of action, and prevent us for feeling empathy and compassion for others.

Perhaps this is why our natural desire for fairness is often considered childish. The teenagers’ cry through the ages, “It’s not fair!”. But those who battle for fairness, with patience, persistence and compassion are rarely considered childish. So anger has a useful place to alert us to battles we might want to fight. But it’s always better to let the anger cool off a bit before deciding whether to go for it, and what our tactics should be.

Izzy McRae is a coach, happiness teacher and founder of the Gratitude Gardenapp. Her next happiness course, the Happiness MBA, starts in November.