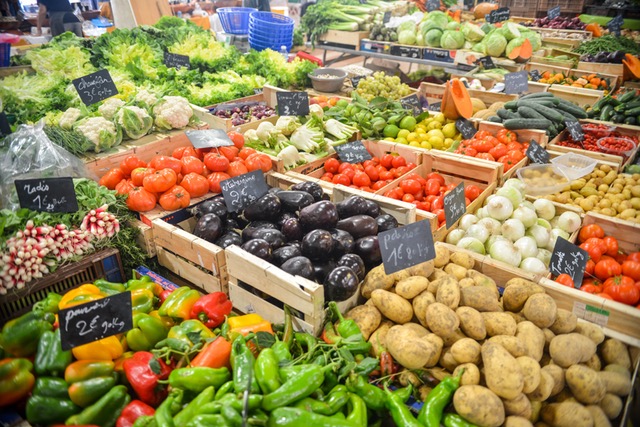 Last night my dad made the most delicious meal of roast duck with a rendered down sherry and japonica jelly sauce.  Sadly, I couldn’t eat it because I’ve been a vegetarian for a couple of years now.  I’m not the perfect veggie, and I fall off the wagon every now and then, especially when dad cooks.  But I never eat meat at home and rarely when out.  It has forced me to get good at veggie cooking, which requires a lot more effort than meat or fish because you have to add more flavour to vegetables.  My mushroom wellington is top of the list, though ratatouille and caramelised leeks are recent popular choices.

My initial motivation to stop eating animals was compassion.  On silent meditation retreats I found my energy became so calm that animals stopped being so scared of me.  Birds would go about their business right in front of my eyes.  I remember sitting outside the meditation hut in Italy watching two lizards fight for territory.  One was smaller but incredibly persistent and had to keep being chased away.  I wouldn’t have wanted to kill either of them (and not just because they’d probably taste pretty bad).

Anyway, it made me feel that eating meat didn’t sit logically with being compassionate.  I think there is an occasional grey area where someone has cooked something for you with huge love and even self-sacrifice, like some of the generous meals I was offered in Pakistan by people with limited resources.  But that is rare.

Last week I watched the fabulously awfully titled Cowspiracy.  [They should have called it Bull or A Load of Bullocks.]  Despite its poor title, it was great.  It persuaded me that being vegetarian was an important environmental choice, something I hadn’t considered. 18% of greenhouse gases come from animal agriculture – something I had no clue about.  That is more than come from transport.  Going veggie halves your carbon footprint according to the New Scientist.  Vegan is even better but it’s a step too far for me at the moment.  Animal agriculture is also responsible for up to 91% of the destruction of the Amazon rainforest, accounts for 55% of water use in the US (compared to 5% in private homes) and you need 1000 gallons of water to produce 1 gallon of milk.  Anyway, there are lots more facts on the Cowspiracy website.

Somewhat bizarrely this really cheered me up.  There is something we can do as individuals to make a huge difference!  Cut down on or stop eating animals. And the added benefit is that you have to spend more time cooking.  Taking time to create delicious meals is really no hardship.  Tonight – aubergine parmigiana…